The museum of Huelva

The best word to define Huelva will be contrasts.

Although its dimensions are small compared to everything that the national territory supposes, Huelva is composed of a number of most diverse ecosystems, so visiting it in its entirety, will make you witness scenes so different from each other that, on occasions, we will think that we are not in the same city.

Located to the west of Andalusia, and with a population of almost 500,000 inhabitants, it is surrounded by Extremadura to the north and the Atlantic Ocean to the south, while to the west it borders Portugal and to the east with Seville and to the southeast with the province of Cádiz.

It has extensive protected areas with idyllic natural environments and outstanding ecological importance, sandy beaches and a total of 79 municipalities with their particular charm, ranging from the interior of the Sierra de Aracena and Picos de Aroche to the coast of Huelva.

The cultural past of Huelva, has made in its territory have passed different peoples and cultures as Phoenicians, Tartessians, Romans among others, as well as its proximity to Portugal, is the result of a very rich architectural, natural, gastronomic and cultural province.

The Grotto of the Wonders, Aracena

This phreatic cavity has been originating with the passage of hundreds of years, thanks to the action of dissolving erosion of the waters on the limestone rocks of the hill of the Castle.

In terms of what is known today, it has an underground space of 2,130 meters, although Oslo half is prepared for visitors.

Its beauty and uniqueness lies especially in the karstic formations and in the lakes that have been created, some of them several meters deep.

They were discovered in the late nineteenth century and is considered the first cave to open to tourism in Spain, doing so in 1914.

It is the most similar lunar landscape found in the Huelva mining region, the result of its own morphology along with the mining tradition of the area intensified by the British pass during the nineteenth and twentieth centuries, whose momentum was supported by the construction of the line from Riotinto to Huelva.

This mining activity, which was led by British but brought labor from different parts of the country and Portugal, led us to start practicing football in those mines in 1873, and therefore, is considered the birthplace of football our country.

Inside the mine, you can learn about the Victorian houses of the time and discover part of the history that surrounds this unique site that had such industrial importance in the province.

The natural and national park of Doñana can immerse its visitors in full nature with large expanses of marshes that each year host numerous waterfowl thanks to its privileged geographical location between two continents.

This grandiosity caused that in 1994 was declared Patrimony of the Humanity by Unesco.

A visit totally advisable for visitors to Huelva, where in addition to admire its trails, you can appreciate its endless beaches, pine forests, marshes and fabulous fauna (which also has native species such as the eel or the Iberian lynx), where you can perform guided excursions facilitated by the Cooperativa Marismas del Rocío.

The village of El Rocío belonging to the municipality of Almonte, is the point of congregation of thousands of faithful of the Virgen del Roció in a pilgrimage that leaves no one indifferent.

It is advisable both for you to feel this Catholic event and for those who simply seek to visit the hermitage of the middle of the last century in which is the small carving of the venerated Virgen del Rocío.

The small village, whose streets around the religious monument are formed by the houses brotherhoods of the numerous brotherhoods of all Spain, is one of the most beautiful corners of the province.

It is a Franciscan convent in the municipality of Palos de la Frontera, Huelva.

This monastery stands out for its artistic interest of the Gothic-Mudejar church, with rooms decorated with frescoes by Daniel Velázquez Díaz, the cloister and the museum, where numerous objects of the Discovery of America and a sculpture of the dedication of the Marian advocation under which the convent is located.

This monastery has 2137 m2 of extension and is of irregular plant, with more than five hundred years of history and modifications. It has been named as “historical and artistic monument of the Nation”.

The Wharf of the Caravels

The Muelle de las Carabelas, built to mark the V Centennial of the Discovery of America, is undoubtedly one of the great tourist attractions of the province of Huelva situated in La Rábida.

At the end of the eighties, and after a research process to determine the exact structure of the three ships that crossed the Atlantic, replicas of the Pinta, La Niña and Santa María were built, the boats that in a reckless deed crossed the ocean in search of a new route to reach the Indies.

On August 3, 1990, these three new ships started a journey through Spanish and European ports from Palos de la Frontera, ending their journey to the 1992 Universal Exposition in Seville. After the end of the Sevillian show, the caravels anchored in their current location in La Rábida, the Muelle de las Carabelas was inaugurated on March 15, 1994.

Sanctuary of the Cinta in Huelva

This sanctuary is located on the outskirts of the town, in the area called “El Conquero”, where the patron saint of the city is venerated.

Also, it is known as La Cinta Hermitage, it was built in the 15th century in Gothic style and has since been greatly transformed. It consists of three naves built in brick, retaining the central horseshoe arch features Mudejar ancestry. In recently restored mural painting the Virgin of the Ribbon is represented.

It is the most urbanized beach in the area and in which are the best services and infrastructure.

We will find bars along Avenida del Oceano as well as the characteristic chiringuitos located at the foot of the beach, which make this beach one of the most desirable places to take a bath.

In addition, this beach is suitable for water sports such as windsurfing.

The excellence of its waters has made it worthy of the Blue Flag, Green Flag and Flag Ecoplaya distinctive that certify the excellence and quality of the beaches of Punta Umbria.

El Portil beach is one of the best known in Punta Umbría.

Rediscovered by English miners in the nineteenth century, this urban beach of four kilometers is the favourite of families, couples and anyone who wants to enjoy a day at the beach with all services, although here there is also space for naturists and those who seek more privacy It is surrounded by three natural landscapes: the Natural Reserve of the Laguna del Portil, the Natural Park of the Marshes of Odiel and the Natural Park of the Enebrales of Punta Umbría, the latter is a protected natural area.

From El Portil you can see from here the Flecha del Rompido, another of the mythical beaches of Huelva.

The Mazagón Beach is located in Palos de la Frontera within the town of Huelva and is part of the Costa de la Luz. With a width of 80 meters and a length of 9 kilometers, Mazagón beach has a high degree of occupation.

A beach with urban character composed of golden sand and a calm swell. Mazagón is a beach that is located along the town that bears the same name. The extension of the beach continues towards Levante with a natural and virgin state where we find a valuable dune system bordered by a sandy cliff.

La Antilla is a beach of golden sand, family atmosphere and good services.

The story says that it was discovered in the 16th century with the construction of the Torre de Catalán, a beacon tower that guarded the fishing port of El Terrón.

Its extension is 3.5 km long and 50 meters wide, but it is linked to the Islantilla Beach. It is a beach of golden sand, with enough occupation in summer, family atmosphere and good services.

You can check schedule 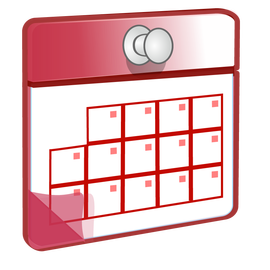